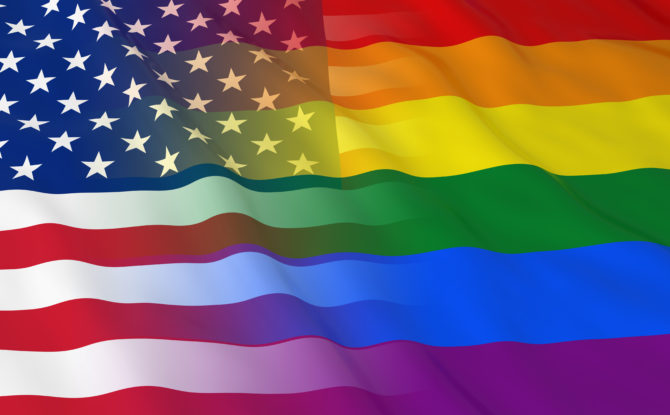 Many are asking, “Will there be LGBT family rights in a Trump presidency?” While there certainly is cause for concern about the direction of our country, there are also certain realities that are reassuring.

I never thought I would be writing about LGBT family rights in a Trump presidency. But I also never received as many concerned calls from previous and prospective clients asking whether their marriages would be invalidated, or whether their second or step parent adoptions would be overturned.  These serious questions have led me to write about what I see as LGBT family rights in a Trump Presidency.

First, there is strong precedent holding that when a marriage is validly performed, it will be respected and honored under the law. This means that those LGBT Americans who are already married should not have to worry about a new Supreme Court taking their marriages away from them. 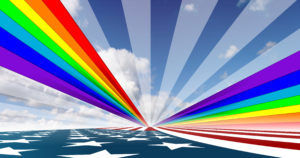 For those who are not married but may wish to in the future, the question is a bit more nuanced. Shannon Minter, the legal director of NCLR, the National Center for Lesbian Rights, and one of the smartest legal minds in our community, said in a recent press release, “it is also highly unlikely that the fundamental right of same-sex couples to marry will be challenged or that the Supreme Court would revisit its 2015 holding that same-sex couples have that fundamental right.”  Mr. Minter is basing this belief on the long held tradition of the court to honor its previous decisions, a term called stare decisis.

The question many legal scholars are asking is whether a newly conservative Supreme Court will ultimately hear a case challenging the right of LGBT couples to marry and overturn the Obergefell marriage decision. While unlikely, it is possible. We can only wait to see who Trump appoints to the Supreme Court.

The most moving calls that I have received in the past days have been from people either in the process of having their families or plan to have families in the near future. They are deeply concerned about the security of their families.  I recently wrote about New York’s changing family law and how second and step parent adoption are now critical to create unassailable family protections, particularly for non-genetically related parents.  These specific forms of adoption are state based and largely shielded from Federal meddling.  That said, if you have a child and have not gone through the adoption process, it is strongly recommended that you do so now rather than later, when our Federal judicial system may be less friendly to LGBT families.

Among LGBT lawyers, one issue of great concern regards transgender Americans and obtaining accurate gender markers on federally issued identification, such as passports. While there is a transgender rights case which the Supreme Court has agreed to hear, we do not yet know whether a ninth more conservative justice will be appointed in time to hear it.

My husband reminded me that politics is cyclical. We have bounced between conservative and liberal presidents and congresses many time before, however, we have never before been faced with a president who based his entire campaign on dividing America by fearful and bigoted rhetoric.  We have never before had a President who, during his campaign, threatened to ban all Muslims from the country, or “lock up” his presidential opponent or degrade women as objects of his own control and pleasure.

Now more than ever it is time to be proactive. Many of us have experienced the shock and sadness associated with the loss of what we had hoped would be a liberal president in the White House.  We are entering uncharted territory.  LGBT family rights in a Trump Presidency will undoubtedly take some hits, but we are a strong, resilient and loving community.  And we have the tools to protect our families.   Don’t fail to use them!