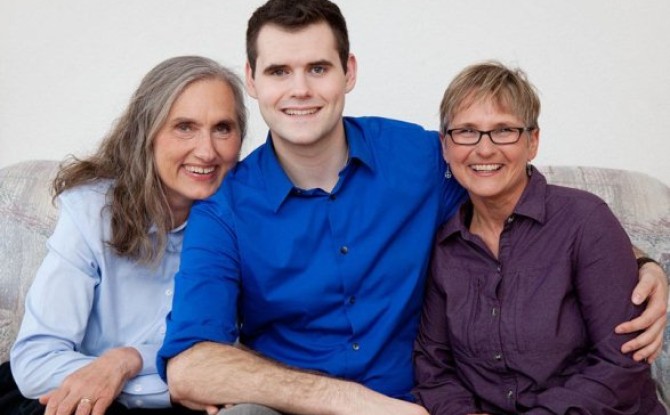 Two marriage equality cases are advancing to the Ninth Circuit of Appeals from the states of Nevada (Sevcik v. Sandoval) and Hawaii (Jackson v. Abercrombie). In both cases, marriage equality lost at the district court level, distinguishing them from the case challenging California’s Proposition 8 and essentially freeing them of the jurisdictional issues that complicated the Prop 8 case. This means that the two cases provide an opportunity for the court to directly consider the constitutionality of states banning same-sex marriage. 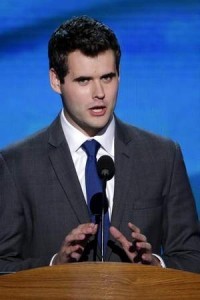 Numerous professional organizations submitted amicus briefs last week advising the court about why it should support marriage equality and in particular, addressing the question of same-sex parenting. Opponents assert that same-sex marriage should be banned because children fare better with different-sex parents than with same-sex parents. Not only does this ignore the fact that joint adoption is already legal for same-sex couples in both Nevada and Hawaii, but as the scholarly community points out, it disregards the consensus of scientific research endorsing same-sex parenting.

The groups point out that these factors are not impacted by sexual orientation, and thus there is no reason to conclude same-sex parents would be inferior in any way.

In a complementary brief, the American Sociological Association (ASA) expanded upon what research says specifically about the outcomes for children of same-sex parents:

When the Supreme Court struck down the Defense of Marriage Act in June, Brian Blatz, 47, marched into the kitchen of Fiddleheads, the restaurant in Jamesburg, N.J., that he owns with Dan Davis, 58.

“DOMA is dead,” Mr. Blatz said, before the pair turned their attention to opening the restaurant for lunch. And last month, when a judge in New Jersey ruled that same-sex marriage should be legalized, their reaction was similarly muted.

It’s not that Mr. Blatz and Mr. Davis are not in love. They have been together for 18 years and swapped rings in a ceremony in their backyard nine years ago. But the couple sees little point in marrying.

“We are in all senses married, and it isn’t going to change anything in terms of how we feel about each other,” Mr. Blatz said.

They are not unique. Now that same-sex couples in 14 states have all the rights and responsibilities of straight married couples, gay couples are rushing to the altar, right? Not exactly. Plenty of gay couples do not want to marry, and their reasons are as complex — and personal — as any decision to wed.

For some, marriage is an outdated institution, one that forces same-sex couples into the mainstream. For others, marriage imposes financial burdens and legal entanglements. Still others see marriage not as a fairy tale but as a potentially painful chapter that ends in divorce. And then there are those for whom marriage goes against their beliefs, religious or otherwise.

“It’s a very, very archaic model,” said Sean Fader, 34, an artist in New York who is single and asked to be identified as queer. “It’s this oppressive Christian model that says ‘Pick a person that’s going to be everything to you, they have to be perfect, then get a house, and have kids, and then you’ll be happy and whole.’ ”

“There are many heterosexuals who feel the same way,” he added. After all, not all heterosexual couples choose to marry. But same-sex couples do seem more inclined to be marriage holdouts. According to a Pew Research poll released in June, 60 percent of lesbian, gay, bisexual and transgender adults are married or said they wanted to marry, compared with 76 percent of the general public.

Some of the opposition among gay men and lesbians is rooted in a feminist critique of marriage, which sees it not as a freedom to be gained but as an institution that has historically oppressed women.

That feminist strain held firm in the earlier years of the gay rights movement. The late Paula L. Ettelbrick, a leading lesbian and gay rights figure, was among the vocal opponents of same-sex marriage, and held a more expansive view of relationships and family.

BOSTON — BOSTON (AP) — Fertility clinics have put a new twist on how to make babies: A “two-mom” approach that lets female same-sex couples share the biological role. One woman’s eggs are mixed in a lab dish with donor sperm, then implanted in the other woman, who carries the pregnancy.

A New York doctor described 18 of these cases Tuesday at a fertility conference in Boston that featured other research on ways to help same-sex couples have children. Dr. Alan Copperman is medical director of Reproductive Medicine Associates, a New York City clinic that does the “two-mom” approach.

A New York couple — Sarah Marshall, 40, a recruiter for law firms, and Maggie Leigh Marshall, 35, a real estate broker — used it to have their daughter, Graham, now 18 months old. Maggie’s eggs were used to make embryos that were implanted in Sarah, and both women are listed as parents on the birth certificate.

“It allowed us both to participate,” Sarah Marshall said. “I had to mentally and psychologically give up the idea of, is she going to look like me or my family. But from the time I started carrying her up to now, she is definitely mine.”

Maggie Marshall said she had no interest in being pregnant, but “Sarah really wanted to have the experience. We also thought it would be a great way to bond with a kid that ultimately would look a lot like me.”

It wasn’t cheap — the couple spent nearly $100,000 on multiple failed attempts before the last one worked. A single in vitro fertilization attempt can run $15,000 to more than $20,000, depending on how much embryo testing is done and whether some embryos are frozen to allow multiple attempts from one batch.

One Canadian study suggests that more lesbian couples have been seeking fertility services in Ontario since same-sex marriage was legalized in the province a decade ago. Some doctors think interest also is up in the U.S. For male couples, many clinics offer egg donors and surrogate moms, using one or both men’s sperm.

“The modern family is created in a way that would be humbled by traditional fertility treatments,” said Copperman. “We’re seeing more and more couples come in and want to share the parenting experience,” and their medical forms more often say “wife” rather than “domestic partner.”

“This is something that a lot of lesbian couples choose to do” if they can afford it, said Melissa Brisman, a reproductive law specialist in Montvale, N.J., who has advised many such couples. “Some doctors really have a problem doing this for non-medical reasons” because any medical procedures carry risks of infections or other complications, she added.

A draft bill that would have stripped gay parents of their children has been withdrawn from the agenda of the Russian parliament.

Russian lawmaker Aleksei Zhuravlyov of the ruling United Russia party said the bill will be resubmitted for debate to Russia’s State Duma after changes are introduced.

He did not elaborate.

The draft was submitted to the State Duma last month.

The head of the State Duma committee on family, women, and children, Yelena Mizulina, said earlier that it was unlikely that the proposed bill would be adopted as it would have been impossible to implement because of the difficulty in identifying parents with “nontraditional sexual orientations.” 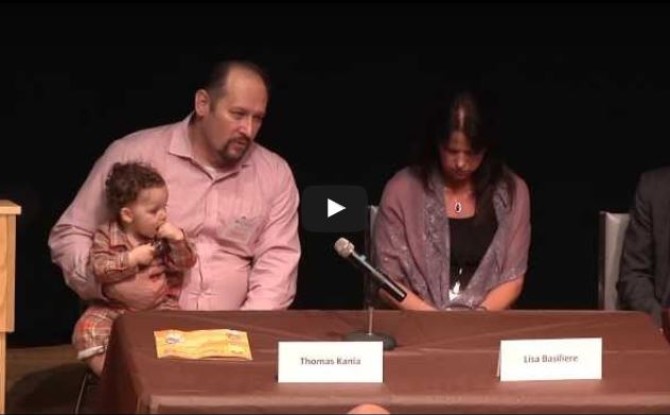 Steve Lonegan, the Republican candidate from New Jersey vying for the U.S. Senate, has described gay parenting as a “biological phenomenon.”

Appearing opposite his Democratic rival, Newark Mayor Cory Booker, during a televised debate on Wednesday, Lonegan was asked his position on marriage for gay and lesbian couples.

“Marriage between a man and a woman is the greatest institution ever devised by the minds of man to raise a child,” Lonegan answered.  “And that’s what this is about.  It’s about children.  And I’m going to support traditional marriage.”

“However, I do believe in liberty and the rights of adults to live their lives the way they choose.  Consequentially, I do not want other groups forcing their new value system down the throats of my Catholic Church, evangelical church, protestant churches, and overriding our institutional religious beliefs.”

The evil that courts do lives on…  On October 4, 2013, the New York Law Journal published Rockland County Family Court Referee Dean Richardson-Mendelson’s opinion in Matter of A.F. v. K.H., V-00918-13, rejecting all attempts by a lesbian co-parent to obtain judicial relief against her former partner’s action of excluding her from contact with the children they had been raising together.  The principal barrier to her case is the N.Y. Court of Appeal’s old decision, Alison D. v. Virginia M., 77 N.Y.2d 651 (1991), which held in similar circumstances that the co-parent was, despite her relationship parental relationship with a child since the child’s birth, a “legal stranger” who did not have standing under New York law to obtain a declaration of her parental rights, custody or visitation, and that the circumstances that the women had agreed to raise a child together did not amount to “special circumstances” required under New York law to enable a legally-unrelated third party to seek custody of a child.

In A.F. v. K.H., the parents had registered as domestic partners, but the court mentions this only in passing and does not specify the jurisdiction.  A.F. and K.H. were living together as a couple when they decided to have children, using anonymous donor insemination for K.H. to conceive two children.  They lived together raising the children until they separated in July 2011, but continued to live on different floors in the same house, facilitating continued contact between A.F. and the children, who lived with K.H.  In February 2012 K.H. moved out with the children to her mother’s house in New Jersey, but then relocated back to another town in New York State in August 2012.  A.F. continued to have visitation two days a week and alternate weekends, until a promotion at her job made weekday visitation impossible.

A.F. contributed to the support of the children financially.  In May 2012, K.H. had filed a petition in Rockland Family Court seeking formal child support from A.G.  In support of this claim, her petition was full of factual allegations seeking to persuade the court that A.F. was a parent of the children who should be held to this responsibility.  But in August, she withdrew the petition, and the Support Magistrate marked it as withdrawn.

A Russian lawmaker has proposed a ban on gay people from using a surrogate mother to have children. Vitaly Milonov, co-sponsor of the ‘non-traditional relationships’ propaganda bill, has suggested an amendment to banning same-sex couples from having children. ‘At present, Russian law has a loophole through which members of sexual minorities are allowed to inform children about homosexuality,’ his office said, as translated by GSN. ‘By and large, thanks to surrogacy homosexuals have the ability to inform a child about their lifestyle, values and views on gender roles and relations.’ Milonov explained allowing gay people would ‘recruit’ children if they were allowed to become parents by ‘breaking their psyche’.

Russia has stopped all adoptions to Swedish parents due to a court decision banning international adoptions to countries which afford homosexual couples equal marriage rights.

“It’s terrible. We have 13 children in Russian orphanages today who have been offered to parents in Sweden who they have actually met,” said Jonas Friberg at the Adoptioncentrum agency in Sweden to Sveriges Television (SVT).

Representatives of the Russian authorities and the Swedish embassy met yesterday to discuss the legal situation with regard to adoptions of Russian children. Russia is seeking to sign agreements with individual countries to ensure that Russian children do not come to LGBT parents, according to the SVT report.

The Swedish Foreign Ministry has confirmed that no formal negotiations have begun, but the meeting concerned an attempt to clarify what the new law means in practice.

Russian politician Vitaly Milonov meanwhile called homosexuals “perverts” in an interview with SVT broadcast on Thursday, arguing that children would be better off staying in Russian orphanages.