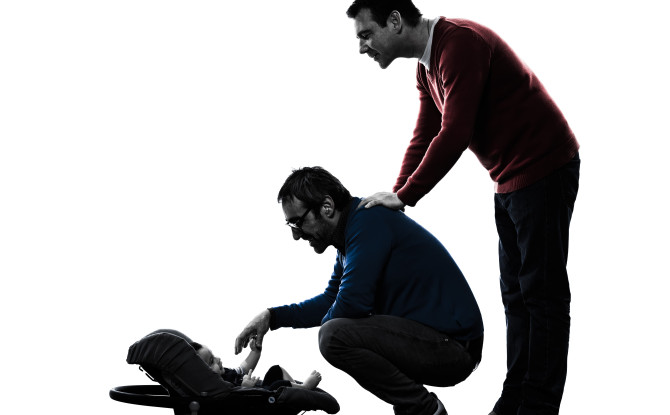 ‘This baby was meant to be ours’: A gay couple’s journey to become parents

‘This baby was meant to be ours’: A gay couple’s journey to become parents

When Kraig Wiedenfeld and Bill Johnson decided they were ready to start a family and wanted a baby biologically related to one of them, they did what a small but growing number of gay couples with their desire do: They found a surrogate to help them. 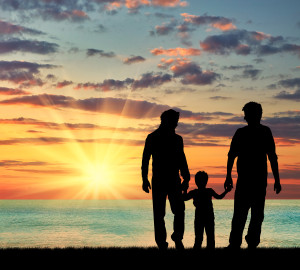 As chronicled in The Washington Post last year, the two men, then married for four years, embarked on a journey both complicated and expensive that required: sperm from Weidenfeld, an anonymous egg donor and a young woman to carry the baby.

Christina Fenn had already carried three babies — including a set of twins — for two other same-sex couples, when a surrogacy agency matched her to Wiedenfeld and Johnson.

Before becoming a surrogate, Fenn and her husband, Brian, had two sons of their own. She loved being pregnant and longed to help those who couldn’t conceive children.

Assisted reproduction and surrogacy have been around for years, but these days gay men who can afford the cost are choosing this route to parenthood, experts say.

Sometimes, however, desire and hope — and in Wiedenfeld and Johnson’s case, advanced reproductive science — are not enough to guarantee a baby. A first effort resulted in a miscarriage just a month after the embryo transfer. The second effort had the same outcome, and an even heavier emotional toll for all involved.

But the two men and Fenn had contractually agreed on three embryo transfers, leaving them one final chance. On a crisp day last spring, nearly nine months later, that chance came due.

“Are you ready to be a dad?” Fenn’s eager voice said at the other end of the line.

Weidenfeld and Johnson raced from New York City to the hospital in Connecticut just in time for the birth of a seven-pound, 19.5-inch boy, soon to be known as Teddy.

“It was the most beautiful thing I’d ever seen,” Johnson said.

After passing the baby around among Fenn, her husband and the two new dads, Weidenfeld turned to Fenn and said, “Look what you’ve done for us. This is not the end of our story together. This is just the beginning.”

“I will be there for every birthday party and special occasion,” Fenn vowed, smiling. “I hope to always be in their lives,” she said of the family.

The number of children born through surrogacy is unknown, but surrogacy agencies say the demand for surrogates has noticeably risen in recent years. According to the American Society for Reproductive Medicine, 738 babies were born via surrogacy in 2004; in 2014, that the number was 2,807.

Victoria Ferrara, founder and legal director at Worldwide Surrogacy, says about 50 percent of the 80 to 100 surrogacy arrangements her organization facilitates involve gay parents. She estimates the number of babies born through surrogacy every year ranges from 2,500 to 5,000 worldwide. 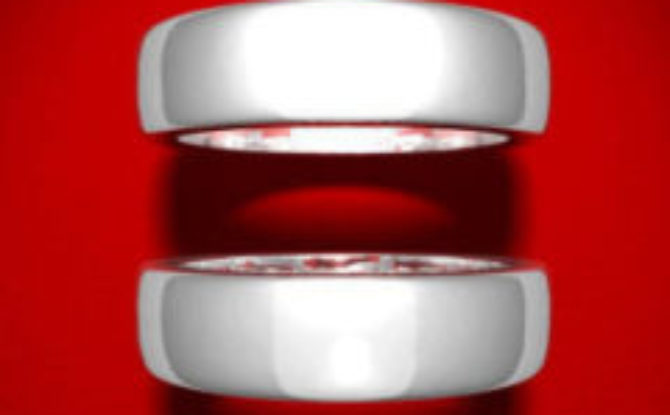 The collapse of local government allowed Parliament to step in and bring the Northern Ireland ’s laws in line with Britain’s principles of human rights.

Traditionally conservative Northern Ireland is about to legalize both abortion and same-sex marriage, a head-snapping about-face that was imposed on the territory by the British Parliament. 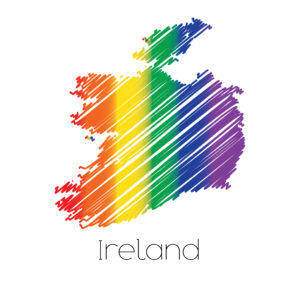 The changes, bitterly resisted by anti-abortion and church groups, were mandated in an amendment to a routine bill on governance of Northern Ireland that Parliament passed in July amid a power vacuum created by the collapse of the region’s governing assembly nearly three years ago.

The amendment will go into effect at midnight on Monday, weeks after the High Court in Belfast rebuffed a legal challenge, ruling that Northern Ireland’s 158-year-old abortion laws are incompatible with the United Kingdom’s human rights commitments.

The judgment was a major victory for women’s rights activists, who had felt left behind after the Republic of Ireland voted to legalize abortion last year. Although Northern Ireland is a part of the United Kingdom, and the majority of its people say they would like abortion to be made available, the regional power-sharing government had blocked abortion reform before collapsing in 2017 over sectarian divides.

British lawmakers saw the political paralysis as an opportunity, and, during a Parliamentary sitting in July, overwhelmingly voted to legalize same-sex marriage and abortion. While both have been hot-button issues in the United States and other countries, same-sex marriage has not stirred the intense reaction in Northern Ireland that the lifting of the abortion ban has.

At the Northern Ireland Assembly’s mammoth building in Stormont on Monday, lawmakers reconvened for the first time in nearly three years in a last-ditch and almost certainly futile attempt to prevent the new abortion law from going into effect.

As they met, groups of activists from both sides of the issue faced off on the grounds outside. “Pro-life, that’s a lie — you don’t care if women die,” one group chanted as opposing protesters held up pictures of fetuses emblazoned across signs that read “Save me, be my voice, please let me live.” 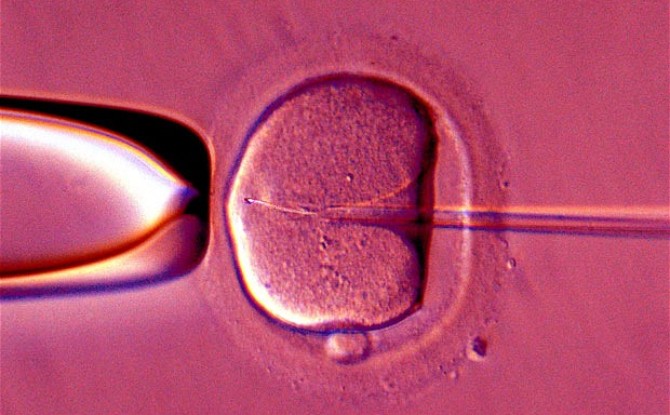 Isabelle Laurans and her boyfriend tried for years to have a baby. When nothing else worked, they decided to try France reproductive technology in the form of in vitro fertilization, or IVF. 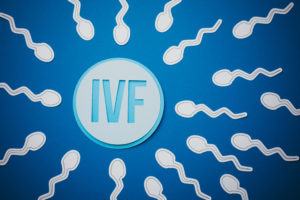 But halfway through the process, Laurans’ boyfriend changed his mind. He dumped her the day they were supposed to make the embryo in the lab.

Laurans says she doesn’t remember most of what went through her mind that day. What she does recall is the overwhelming fear that she’d never get to be a mom.

“I was 38. I knew it would be perhaps too late for me if I waited for a new relationship,” she said.

That same day, Laurans says she was on the internet, looking for a Plan B.

“I didn’t want to risk missing out on becoming a mother altogether,” she explained.

So, Laurans decided to get IVF on her own.

One problem, though: In France, single women aren’t allowed to get IVF. They’re also not allowed to freeze their eggs or get artificial insemination. Lesbian couples are also denied access to assisted reproductive technologies. French law only permits these treatments to women in long-term, heterosexual relationships, putting France at odds with most of its European neighbors (though Germany has similar restrictions).

And so in 2015, Laurans traveled to Belgium to get the treatment. She gave birth to a baby girl, Charlotte, later that year. Laurans says she was lucky to be able to do it.

“It was expensive … and it wasn’t easy,” she said. She had to go through two rounds of IVF. It cost her about $5,500 in all. That might seem cheap to Americans who can pay between $10,000-$15,000 per IVF cycle, depending on insurance coverage. But in France, if Laurans had still been with her boyfriend, the treatment would have been free. 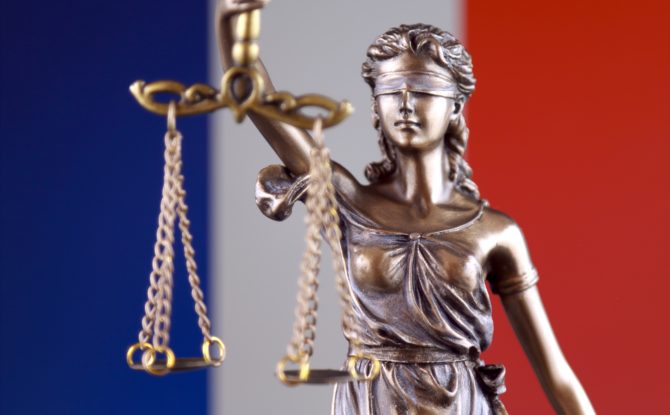 The French Court of Final Appeal has officially acknowledged the sole parenthood of a couple who raised twins borne by a surrogate mother in the United States, ending 19 years of judicial battles for Dominique and Sylvie Mennesson. 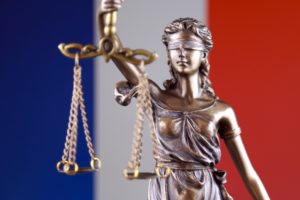 “Victory and relief…our children are no longer ghosts,” said Dominque Mennesson, father of the twins in a reaction to the verdict. “They are now our children legally.”

In 2000, Mennesson and his wife Sylvie, who is infertile, had a successful surrogacy (GPA, or “gestation pour autrui” in French) treatment in the United States. Mennesson’s sperm was implanted in the uterus of an anonymous woman, who bore twins, named Valentina and Fiorella by their parents.

At the time, judges in California, where the procedure took place, ruled that Dominique Mennesson was the “genetic father” and his wife the “legal mother,” and issued birth certificates and US passports.

But in France, recourse to surrogacy is illegal to prevent the human body from becoming a “commercial instrument”, with the risk that the child may become an object of a contract.

French law stipulates that surrogacy is punishable by one year prison and a 15,000-euro fine. The French Consulate in Los Angeles, suspecting surrogacy arrangements, therefore refused to enter the certificates of the Mennessons in the French civil register. 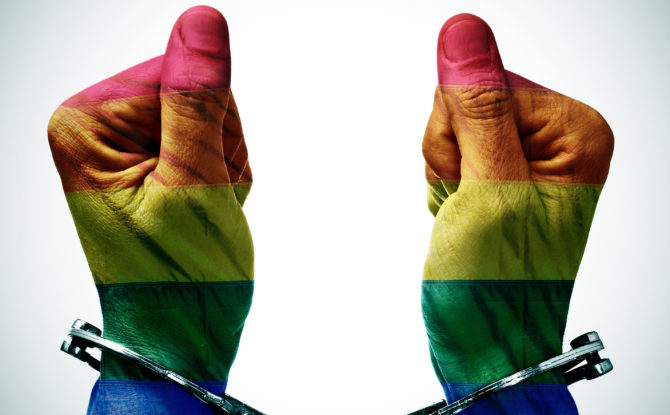 Unmarried, same-sex partners of diplomats and U.N. employees have until the end the year to get married or leave the U.S.

President Donald Trump’s administration began denying visas to the unmarried, same-sex partners of foreign diplomats and officials and employees of the United Nations this week — making marriage a requirement to be eligible for a visa. 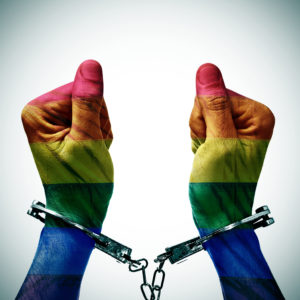 It comes despite the fact that the majority of countries do not recognize same-sex marriage and many same-sex couples face prosecution in their own countries.

The shift was detailed in a memo circulated at the United Nations’ headquarters in New York last month but unveiled in July, according to the State Department.

The policy shift gives the same-sex partners of foreign diplomats and U.N. workers until the end of the year to get married or leave the country.

The State Department said in a briefing Tuesday that the policy will affect about 105 families in the USA, 55 of which have links to various international organizations. It was not clear how many foreign diplomats and U.N. employees with pending U.S. posts will be affected by the policy change.

Twelve percent of the 193 U.N. member states represented in New York allow same-sex marriage, according to Samantha Power, a former U.S. ambassador to the United Nations who served under President Barack Obama.

The Trump administration said the new policy is more consistent with the Supreme Court ruling in 2015 that legalized same-sex marriage. The heterosexual partners of foreign diplomats and U.N. employees are also not eligible for U.S. visas.

Critics of the move argued the policy would create hardship for gay couples from countries that ban same-sex marriage or offer only civil unions. Those who marry in the USA to secure their visa status could face criminal proceedings once they return to their home nations.

“Those not yet in the country will need to show they’re married to secure a visa, potentially forcing those living in countries without marriage equality to choose between a posting at UN headquarters or family separation,” Akshaya Kumar, deputy U.N. director at Human Rights Watch, wrote in a blog post.