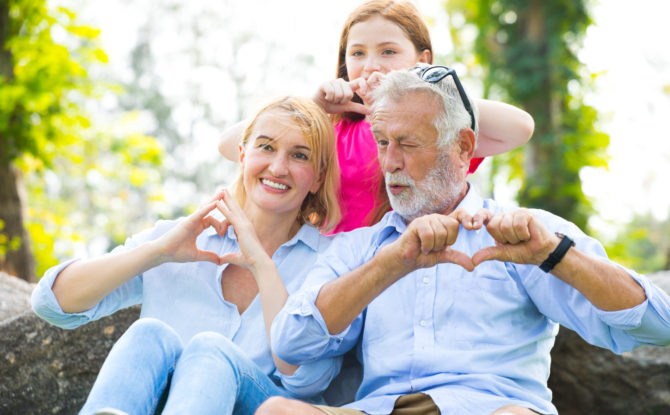 Better fertility treatments can mean much older parents. But how does this affect their offspring?

For nearly 40 years, fertility treatment has grown ever more advanced and so entrenched that it’s not uncommon for couples to begin their families in their late 30s, 40s or even 50s, producing much older parents.

Much older parents…  But even as questions about the technology to extend fertility have been answered — yes, children born through in vitro fertilization are healthy; yes, freezing embryos appears to be safe; yes, mothers can generally deliver babies safely well beyond the classic childbearing years — another important question is emerging: How old is too old for their offspring?

Offspring like Hayley, the 10-year-old daughter of a 58-year-old, Ann Skye.

“I knew that she was going to really need to build her own support system in life, or potentially would need to,” said Skye, who lives in North Carolina and works in public health. “I think that has really impacted the way we parented her. We were strong proponents of letting her cry [herself] to sleep for that same reason: She needs to be able to self-soothe.”

In December, two prominent psychologists and two reproductive endocrinologists published an opinion paper in the Journal of Assisted Reproduction and Genetics questioning whether it was time to establish age restrictions in the field. They wrote that research has shown that children often experience social awkwardness if their parents are a half-century older than them and face greater risk of autism and psychopathologies. These children are also more likely to serve in a caregiving role and experience bereavement as adolescents or teens compared with their peers whose parents gave birth in their 20s and 30s, they wrote.

Do those risks constitute the potential for “great harm” to the child and outweigh a person’s right to “reproduce without limitation or interference” at any age, the authors asked.

“It is a self-perpetuating issue; the more older patients that seek [fertility] treatment, the more people feel that it is reasonable to seek treatment, especially in an age where sensational births are widely celebrated as positive events in the media,” they wrote.

In the United States, the number of live births to mothers ages 45 to 49 increased from 3,045 in 1996 to 8,257 in 2016, and the number to mothers ages 50 to 54 increased from 144 births to 786 births over the same time period, according to the National Center for Health Statistics. The average age of women becoming mothers in the United States is now 26, up from 23 in 1994, according to the Pew Research Center.