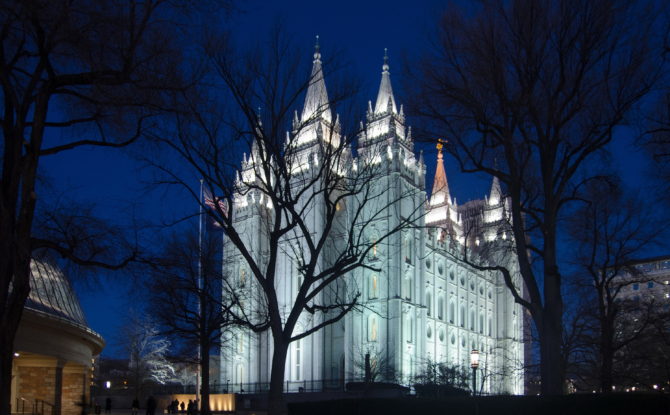 Mormon Church to Allow Children of LGBT Parents to Be Baptized

The Church of Jesus Christ of Latter-day Saints, the Mormon Church, announced a remarkable reversal to its policies on LGBT people on Thursday.

The decision rolls back a 2015 policy that barred children living with same-sex couples from important religious practices like baby-naming ceremonies and baptisms. That policy also declared that LGBT Mormon church members in same-sex marriages were apostates and subject to excommunication.

“Effective immediately, children of parents who identify themselves as LGBT may be baptized without First presidency approval,” the Mormon church’s First Presidency said in a statement on Thursday.

“While we still consider such a marriage to be a serious transgression, it will not be treated as apostasy for purposes of Church discipline,” the statement said. “Instead, the immoral conduct in heterosexual or homosexual relationships will be treated in the same way.”

The decision, instructed by President Dallin H. Oaks, who leads the church’s Quorum of the Twelve Apostles, comes as the church prepares for its general conference this coming weekend.