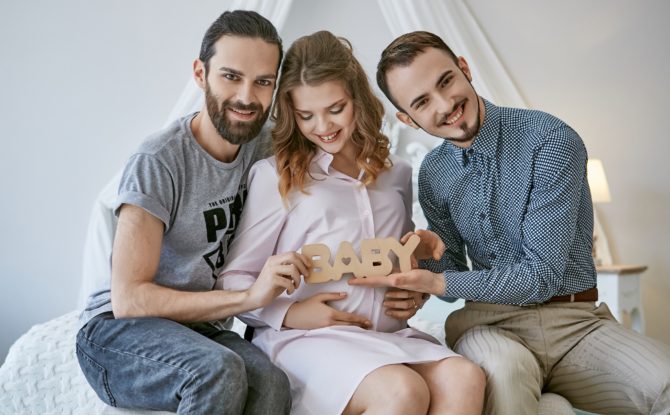 New York Almost Joined The 21st Century On Gestational Surrogacy, No Thanks To Gloria Steinem

New York continues to be one of the few surprising gestational surrogacy holdouts, with an outdated law based on outdated notions and outdated technology.

The New York bill in support of regulated compensated gestational surrogacy — the Child-Parent Security Act (CPSA) — had the vocal support of Governor Andrew Cuomo, passed the State Senate, and likely had the votes in the House. But it never made it to the floor before the legislative session ended last week. What the heck happened?! 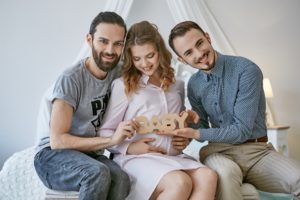 New York is one of the few states in the country that legally prevents a woman from carrying a hopeful parent’s or couple’s embryo to birth, and receiving compensation for her nine months of intense effort and … labor. Other jurisdictions that had previously banned the practice have since changed course in the last few years — including New Jersey, Washington State, and D.C. In the meantime, New York continues to be one of the few surprising holdouts, with an outdated law based on outdated notions and outdated technology.

As previously discussed in my column, while gestational surrogacy is a big part of the New York bill, the CPSA includes other key protections for parents hoping to conceive using assisted reproductive technology. For example, it fixes the state’s legal loophole that allows sperm donors who donated to a single parent to seek legal rights to the resulting child! And vice-versa, it closes the loophole that currently allows single parents to seek child support from a donor. So these were improvements all around.

New York’s ban stems from the disastrous Baby M case in the 1980s. That case occurred in next door New Jersey, where a woman agreed to be inseminated and carry the resulting child for another couple. This type of arrangement is generally referred to as “traditional,” or “genetic surrogacy.” In the Baby M Case, the genetic surrogate changed her mind about giving up the baby, and fled the state with child. Both New Jersey and New York quickly over-corrected and outlawed all compensated surrogacy. Since then, genetic surrogacy has largely been abandoned across the U.S., while gestational surrogacy — where the surrogate is not genetically related to the child she carries — has flourished. Note that the CPSA only aims to legalize gestational surrogacy, not genetic surrogacy, the type found in the Baby M Case. Last year, New Jersey (ground zero for Baby M) recognized that the times and medical practices have changed, and reversed its position by passing supportive gestational surrogacy legislation.

The momentum for the bill was building, and supporters believed that the CPSA had a good shot at becoming law this year. So, what pulled the brakes? I spoke with Denise Seidelman, a prominent New York adoption and surrogacy attorney, and part of a coalition in support of the CPSA. Seidelman shared her experience advocating for the bill. “It was one the most profoundly inspiring, and also intensely disappointing experiences. Emotions were running high on both sides of the issue.”

Seidelman explained her view on some of the factors that led to this not being the CPSA’s year. For one, she noted that the author of the original New York surrogacy ban (from 30 years ago), Helene Weinstein, is still a current member of the Assembly, and she is outspoken in her position, perhaps colored by her experiences of a generation ago.

Seidelman felt another factor in this year’s failure was the timing of a letter by Gloria Steinem, famed author and feminist, against the CPSA. Steinem’s letter was disappointing, and really a bit shocking for those familiar with how surrogacy works. Her letter referred to a 1998 NY Task Force report that came out against surrogacy, with no mention of a more recent and more relevant 2017 NY Task Force report in support of gestational surrogacy, with measured regulation. Unfortunately, Steinem spoke not from firsthand knowledge of the recent experiences of women who choose to be gestational carriers for others, but from a perspective that has long since gone by the wayside.

The letter described how the bill would risk the well-being of the marginalized women in the state — those in conditions of poverty. However, as pointed out in the rebuttal letter written by RESOLVE, the national infertility association, of the women who raise their hands to be surrogates, only about 5 percent are determined to be medically qualified, and are able to move forward. And one of the requirements is that they are financially stable. Additionally, the 2017 Task Force report found that the women who are acting as surrogates are not the marginalized of society, but those not reliant on compensation that may be received from acting as a gestational surrogate. Steinem’s letter is an imagination of the Handmaid’s Tale, but ignores the current reality of what surrogacy is, and how it works.