The anonymous donor myth was, only a few years ago, not a concern to the many anonymous sperm and egg donors who have helped countless families around the world. 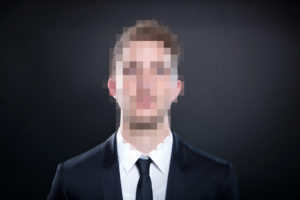 I was recently in Seattle for the annual conference of The Academy of Adoption and Assisted reproduction Attorneys (AAAA) where a fascinating presentation was given on just this subject.  One speaker demonstrated how, with the scant information she had provided when she was an anonymous egg donor, how it took her less than 5 minutes to find herself on social media.  She essentially did a facial recognition search which yielded a direct hit result.  And this was just possible from the picture she used in her egg donor profile.  That picture, coupled with her educational background, made a google search of her provide instant confirmation of identity.

The anonymous donor myth becomes even more implausible when you consider the influx in popularity of commercial DNA testing kits such as 23andMe and Ancestry.com.  And the implications for anonymous donors go way beyond gamete donation, but adoption as well.

The reality of the anonymous donor myth hit me hard, and in a completely unexpected way.   I was at work one afternoon when the phone rang.  It was a former client of mine with whom I had done estate and probate work.  Her voice was shaking when she called and I could tell that something was very wrong.  She told me that a relative of hers was contacted by a woman who explained that she was adopted at birth and that she had done an ancestry.com DNA test.  The test revealed that her birth mother was related to the relative of my former client.  She then related to me the story of how when she was younger she had been molested, and that molestation resulted in a pregnancy.  She gave the child up for adoption and had told no one in her family about it.  She was reliving that trauma knowing that her secret would most likely be revealed due to an inadvertent action by a relative of hers who had also had the DNA test performed and who had consented to its results being added to a national database. 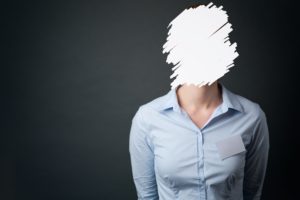 One of the most sacred areas of law for expectant mothers who, for many important reasons, cannot keep their children is called “infant safe haven” law.  This type of law decriminalizes the abandonment of unharmed infants in specified locations, such as hospitals, police stations or fire houses.  Mothers need to know that if their personal circumstance requires them to seek the protection of an infant safe haven law; they must be able to rely on the confidentiality that these laws were designed to provide them.  If mothers fear that their identity will be revealed through DNA or Facebook searches, they are less likely to place the child in a safe space.

The reality is that a medical professional or facility can do their best to shield the identity of a donor, but they have no control over the actions of others down the road, like the donor herself, the intended parents or even the child who is the result of ART.  One positive reaction I see in the ART community is the encouragement, with thorough explanation, of known gamete donation.  Known gamete donation can be helpful in many ways.  If a child has a medical issue that may be genetic, with a known donor, parents may access that information more easily.  Studies have also shown that the earlier a child is told about his or her origin story, the better adapted they are.  Having a known gamete donor may make the difference to a child questioning their genetic heritage.

The anonymous donor myth does not have to be a devastating blow to a family.  With proper professional, both legal and psychological, intended parents considering gamete donation will be able to make informed and beneficial decisions.  These decisions will have long lasting effects on the mental and physical well-being of their children.  As professionals, it is our duty to explore all possibilities with our clients and to ensure that they understand the implications of the anonymous donation myth.