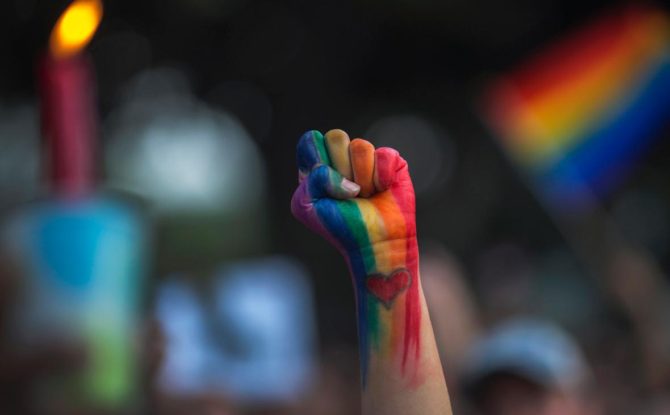 Trump has a devastating record on LGBTQ rights. Don’t deny the truth.

President Trump’s dismissal of “fake news” means his constituencies can believe whatever they want about him and his actions — even if their beliefs are in mind-bogglingly stark opposition to one another.

Religious extremists opposed to LGBTQ equality can confidently tout Trump as being down with their agenda by pointing to a speech in February in which Trump defended state-funded adoption agencies that turn away gay couples on religious grounds. Trump supporters who want to believe the opposite will point to a tweet he sent recognizing “LGBT Pride Month.” 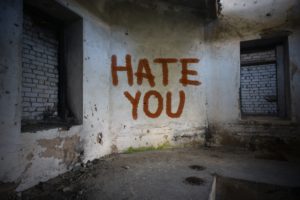 But it’s the religious crusaders who are correct — and in rare agreement with most LGBTQ activists. The Trump administration’s continued assaults on LGBTQ rights are nothing short of breathtaking. And yet, Trump’s supporters who don’t want to acknowledge this aspect of the administration find ways to bury this part of his record in the chaos.

Last week alone, there were two major salvos in the Trumpian war on LGBTQ Americans.

The Justice Department filed a brief Friday urging the Supreme Court to allow employers to turn away or fire transgender workers based solely on their gender identity. The department is expected to file a similar brief this week in a separate case asking the high court to legalize discrimination against gay, lesbian and bisexual workers, as well.

On Aug. 14, the Labor Department proposed a rule rolling back an executive order that President Barack Obama signed in 2014 banning anti-LGBTQ discrimination among federal contractors — an order that the Trump administration said in 2017 would remain “intact.” The religious right was ecstatic, while Alphonso David, president of the Human Rights Campaign, called the regulation “a broad and sweeping effort to implement a license to discriminate.”

Yet, in the same week, in a stellar example of Trump supporters believing whatever they want, the Log Cabin Republicans, a group of “LGBT Republicans and straight allies,” announced its endorsement of Trump’s reelection bid in an op-ed in The Post. It was a particularly striking decision, given that in 2016, the group declined to endorse him . Now, it astonishingly declared, Trump has moved “past the culture wars” and taken “bold actions that benefit the LGBTQ community.”

What planet has this group been living on? And what has changed since the Log Cabin Republicans declined to endorse George W. Bush in 2004 over his support of a federal constitutional amendment to ban marriage equality? Trump’s record distinguishes him as among the most hostile presidents in history on the issue of LGBTQ equality. He is bowing to religious extremists in the GOP base in ways that could set back more than 30 years of progress, backing their demands for religious exemptions allowing discrimination. Even Bush, a devout evangelical Christian, didn’t roll back his predecessor’s pro-gay executive orders, such as one that President Bill Clinton signed banning discrimination based on sexual orientation in the federal workforce.

But Trump began unraveling Obama-era progress on LGBTQ rights almost immediately. Within its first weeks, his administration withdrew an Obama directive on treatment of transgender students. A few months later, Trump fired off a tweet announcing that he’d reinstate a ban — which Obama had ended — on transgender people serving in the military. This year, the Department of Health and Human Services moved to strip anti-discrimination protections for LGBTQ people in the Affordable Care Act.