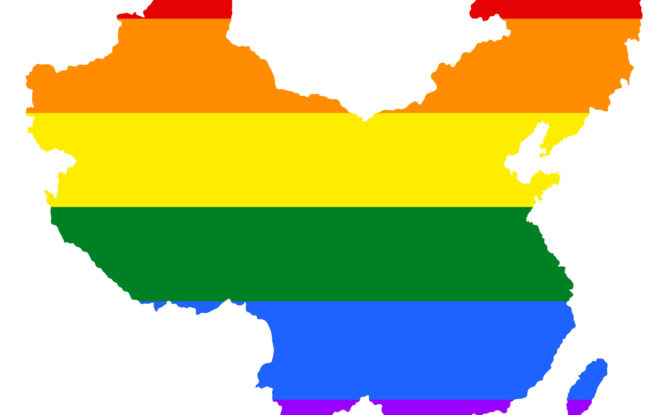 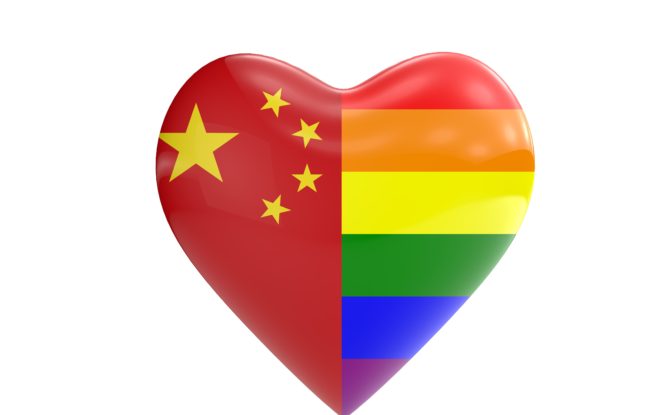 An Hui, a gay parent and member of the ruling Communist Party, said it’s time for China to rethink traditional views of family and marriage.

Heads turn when An Hui and Ye Jianbin walk down a street in the Chinese city of Shenzhen with their triplets, who were conceived with help from a human egg donor and a surrogate mother.

People are mostly curious about their unconventional family, said An, adding that it was not always the case in China where gay couples have long battled conservative Confucian values.

“I’m lucky because I was born in China during a period of rapid change. Today’s society is far more tolerant,” the investment manager told Reuters at his office in Shenzhen’s financial district.

The two men wanted a family and began exploring the option of in vitro fertilization (IVF), with help from a human egg donor and a surrogate mother.

In 2014, a Thai woman gave birth in Hong Kong to three boys — An Zhizhong, An Zhiya and An Zhifei — who were conceived using human eggs provided by a German fashion model, according to An.

He declined to identify the women or the surrogacy company that organized the procedures.

The issue of lesbian and gay couples having access to medically assisted reproductive treatments such as IVF has stirred political debate in several countries, including more recently in France and Israel.

China’s government has not stated a clear position on the country’s LGBTQ community, said Yanzi Peng, director of LGBT Rights Advocacy China, a group based in Guangzhou.

“The best word to describe the attitude of the Chinese government is ‘ignore,’” said Peng.

“It’s hard to gauge their exact attitude. They don’t outright object to the LGBT community because that would really go against international attitudes on this issue,” Peng added. 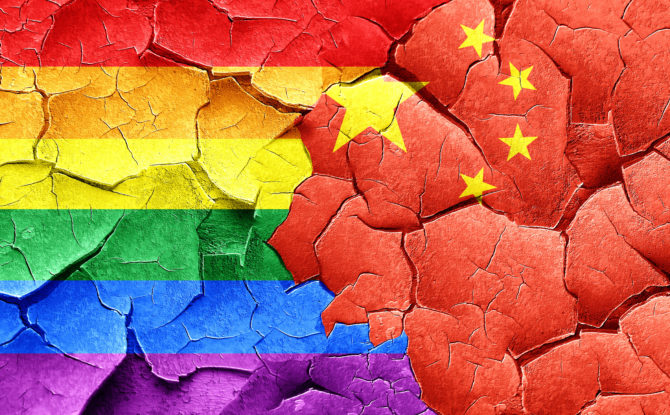 Bowing to intense pressure from millions of internet users, a Chinese social media site, Sina Weibo, said on Monday that it would scrap plans to censor cartoons and video games with gay themes.

The site, Sina Weibo, had announced on Friday that it would target gay content as part of a campaign to remove pornographic and violent material from its site.

But its efforts were almost immediately criticized as discriminatory and repressive, spawning an outpouring of #Iamgay hashtags and slogans like “gays aren’t scary.”

On Monday, Sina Weibo said in a post that it would scale back its “cleanup” effort and focus on “pornographic, violent and bloody content” instead of gay material. In a nod to the intense backlash, it thanked internet users for their “discussion and suggestions.”

The company did not say whether it would continue to delete texts, photos and videos with gay themes, which were also listed as targets in the original announcement. Weibo did not respond to a request for comment.

“It is totally insincere,” Bai Fei, a feminist activist in Shanghai, said of the announcement. “They have already harmed us. I want them to stand up and make a public apology.”

Others called on the company to restore content that it had already deleted in the campaign, including a popular Weibo account called the Gay Voice, which published cultural news and podcasts for its more than 230,000 followers.

Weibo’s vow to cut gay material prompted an unusually fierce backlash from internet users, who said the campaign would worsen discrimination against gay, lesbian, bisexual and transgender people in China. Still, some said they saw signs of progress in the company’s decision to change course.

Ma Baoli, the founder of Blued, a popular gay dating app, called the uproar a “historic event” in China. He said Weibo’s response showed a gradual change in attitudes toward gay people. 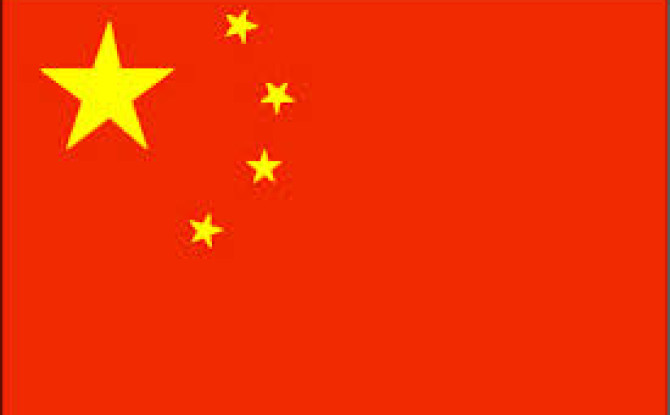 Content that ‘exaggerates dark side of society’ is banned from TV in China – from homosexuality to adultery, showing cleavage and even reincarnation.

The Chinese government has banned all depictions of gay people on television, as part of a cultural crackdown on “vulgar, immoral and unhealthy content”.

Chinese censors have released new regulations for content that “exaggerates the dark side of society” and now deem homosexuality, extramarital affairs, one night stands and underage relationships as illegal on screen.

Last week the Chinese government pulled a popular drama, Addicted, from being streamed on Chinese websites as it follows two men in gay relationships, causing uproar among the show’s millions of viewers. 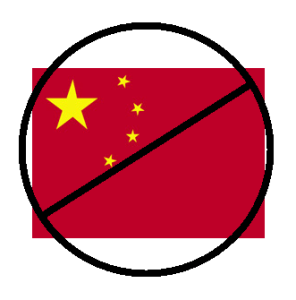 The government said the show contravened the new guidelines, which state that “No television drama shall show abnormal sexual relationships and behaviors, such as incest, same-sex relationships, sexual perversion, sexual assault, sexual abuse, sexual violence, and so on.”

The clampdown follows an increase in cultural censorship in China since Xi Jinping came to power in November 2012. In December 2014, censors stopped a TV show, The Empress of China, from being broadcast because the actors showed too much cleavage. The show only returned to screens once the breasts had been blurred out.

In September 2015, a documentary about young gay Chinese called Mama Rainbow was taken down from all Chinese websites.