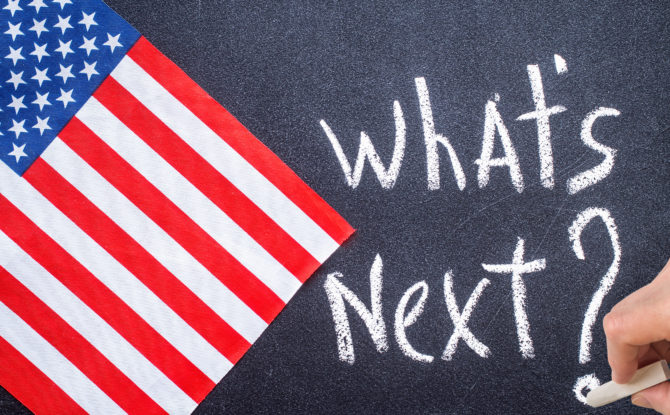 The LGBT Trump disconnect is real and attention must be paid to what appears to be the beginning of a not so veiled assault on LGBT rights in America.

First, I must say that there is an LGBT Trump disconnect.  Since I wrote my first piece about LGBT family rights in the Trump presidency, a lot has changed.  I have heard from many people, and I myself wanted to believe, that Trump wouldn’t touch the LGBT gains that we have made during the Obama years.  But his actions have proven different.  His appointments, activity in state courts and the often unintelligible rhetoric we have become accustomed, all suggest that we may not be as safe as some thought we were.

The Appointment Problem – My greatest fears about Trump’s appointments center around the Department of Justice (DOJ), and more specifically, around the civil rights division of the that agency.  First, the long and telling history of Jefferson Beauregard Sessions, the Republican Senator from Alabama who President Trump has tapped to lead the DOJ, is troubling for many more that just LGBT Americans.  According to The Washington Post, Jeff Sessions has claimed to be a civil rights champion, yet he has overstated his experience and, in some cases, lied altogether about his involvement.  Sessions has spent the majority of his career attempting to undermine LGBT equality, the details of which are numerous and troubling.

But the worst of this story is that President Trump has chosen John M. Gore to head the DOJ’s Civil Right s division.  Mr. Gore, prior to this nomination, was in the process of defending North Carolina’s odious trans-bathroom bill.  Prior to that, he defended Republican efforts to gerrymander congressional districts in violation of the civil rights of minority Americans.       This is not only putting the fox in charge of the hen house, but the hens in this analogy are real people who have had their civil rights violated in what should be the most fundamental right this country possesses – the right to vote.  How can they now trust that their best interests will be defended by a person who, up to now, has made a career out of challenging these fundamental rights?

The Visibility Problem – One of the first signs that there might be a distance between Trump’s “accepting” rhetoric toward the LGBT community during the campaign and what he plans to do as president appeared, or rather disappeared, within the first hour after he was sworn in.  The official White House website, www.whitehouse.gov, removed the LGBT rights page which had been there throughout Obama’s last term, and before.  No explanation was given, however, the pro-Trump Twittersphere rejoiced.

In an equally expedient manner, all data regarding climate change was removed as well from the whitehouse.gov site.  As most LGBT Americans are not one issue voters, this deletion concerned me as much as the LGBT page being removed.  “Out of sight, out of mind,” seems to be the rule of law now.

The Marriage Issue – I referred earlier to things having changed since I wrote LGBT Family Rights in a Trump Presidency.  At that time, the Supreme Court of Texas had declined to re-hear a case which would abolish benefits that the City of Houston provides to same-sex married couples. Literally on Trump’s inauguration day, the Supreme Court of Texas changed its mind, under GOP pressure.  The Republican Governor of Texas himself wrote a brief to the court asking them to reconsider, essentially arguing that the Obergefell Supreme Court marriage decision does not apply to Texas.  In that brief, the Governor wrote of the “Federal Tyranny” of the courts and that Obergefell does not require that same-sex married couples and different-sex married couples receive equal treatment under the law.

In my previous article, I was originally at a loss for identifying a case with a fact pattern that would make it to the Supreme Court which would have the effect of etching away at the Obergefell marriage decision.  This Texas case may be just that.  It would undoubtedly take time to make it to the Supreme Court, and who knows what its makeup will be then.  But the anti-marriage movement’s argument is in development and may take the same amount of time to get its legs.  The Arkansas Supreme Court issued a decision based on the above mentioned logic denying same-sex couples that right to be listed on their children’s birth certificates.  The issue is now before us and we cannot afford to stop paying attention.

After attending the Women’s March in Washington this last weekend, I left with a renewed sense of hope and possibility.  Hundreds of thousands of people made the impossible seem possible.  The greatest lesson that I took from my experience there was that no matter how generous I may have felt before in giving President Trump a chance to govern, I cannot forget, nor should any of us, that he won the election by dividing the country and making it clear that some people were simply not welcome.  Those are not “alternate facts.”  Those are the facts.

This is the LGBT Trump disconnect.  I fear now that my beloved LGBT community has taken its place among women, black people, brown people, Muslim people and immigrant communities that were so vilified during the election and may have no voice in the Trump administration.  I hope that the LGBT Trump disconnect is a myth, but if past is prologue, we have no option other than to pay attention, remain engaged and share our feelings with everyone we can.

Update – 1/30/2017 – As of Friday, January 27, 2017, the Trump administration has reacted to outrage regarding the removal of climate change information from the Environmental Protection Agency’s website by restoring that information on to the EPA website.  All LGBT information remains missing from the whitehouse.gov site.

Update – 2/23/2017 – As of Thursday, February 23, 2017, the Trump administration rescinded protections for transgendered students in public schools.